PEX, « The Politics of User Experience » in public services project, aims to examine the contributions, limits, and conditions for the success of design practices based on user experience in policies and services to the community. This research project was led and hosted by Groupe Design ∩ Societe of the University of Montreal, Canada. It revolves around the experimental implementation of social design devices with public partners, including the public libraries of Montreal and Quebec (research through design approach). The survey plan has five components (scoping study of the concept of codesign, auto-ethnographies of practices, comparative analysis of methods, a survey of organizational transformations, life stories of target users) spread over three years (2017- 2020). The research fieldwork is four design residencies organized in participant libraries. Each library gave its design briefs related to contextual issues reported by local librarians and managers of libraries.

>>>The design residency related here has been hosted by the Library of Cultural and Communitarian Center of Montreal North lasted four months. I led for this project an interdisciplinary design team (3 designers, one urbanist, one anthropologist, four librarians) regularly supported by the project’s main researchers. In addition, five Ohio State University Design program students reinforced the design team for the ideation phase during one week. During the residency month, the design team was implemented inside the Center, in the same building as the library where we deployed our activities.<<<

We created several tools for this project in different phases of the design process. Below:

In addition, we translated some tools into English to host designers from Ohio during the residency. 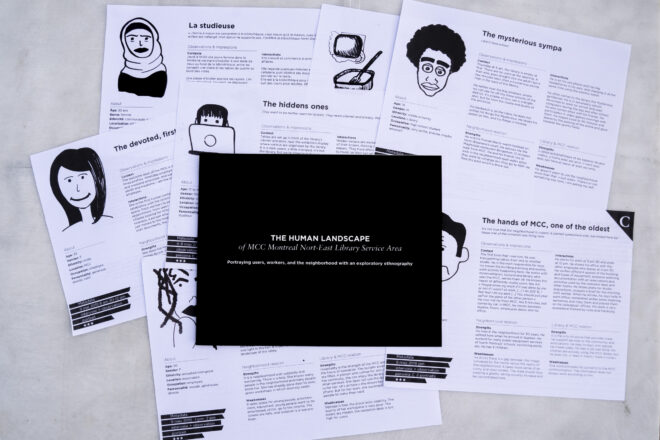 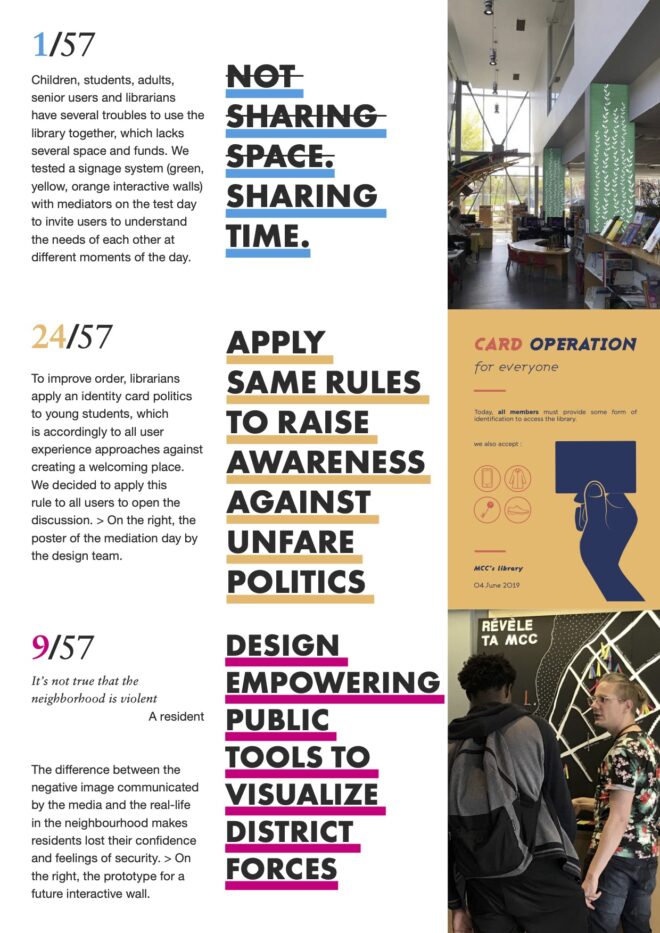 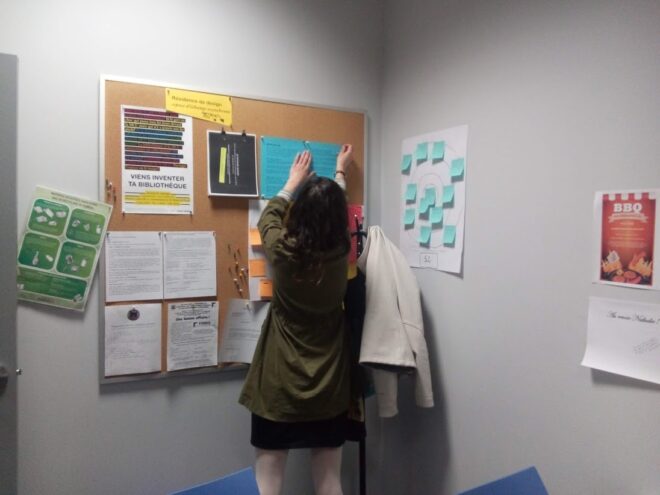 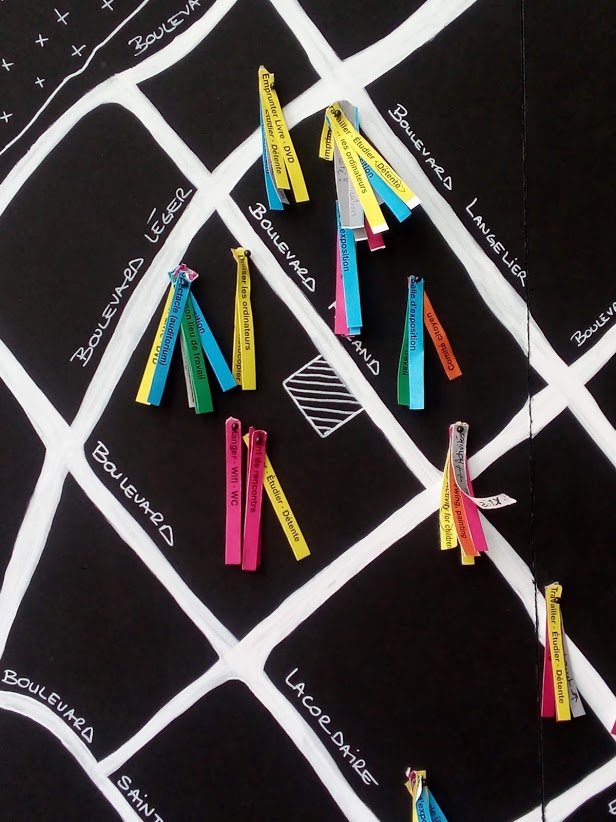 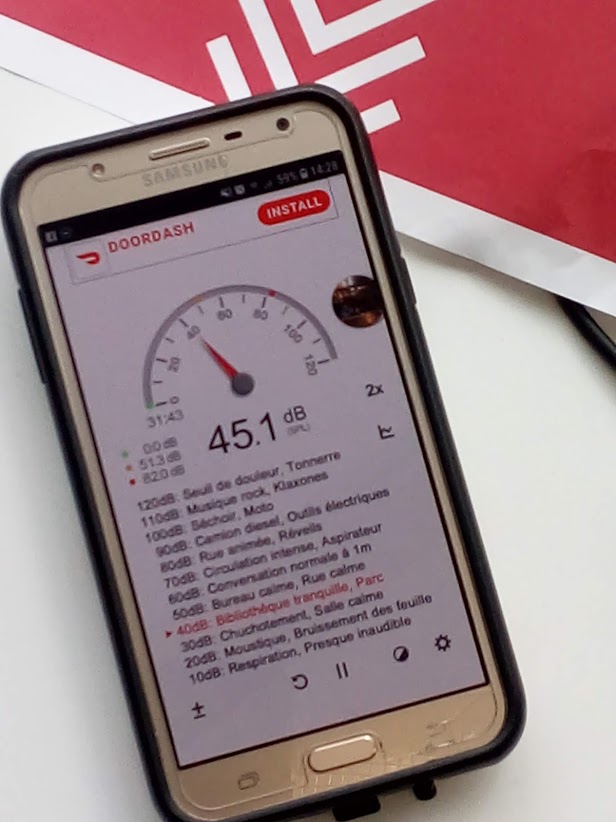 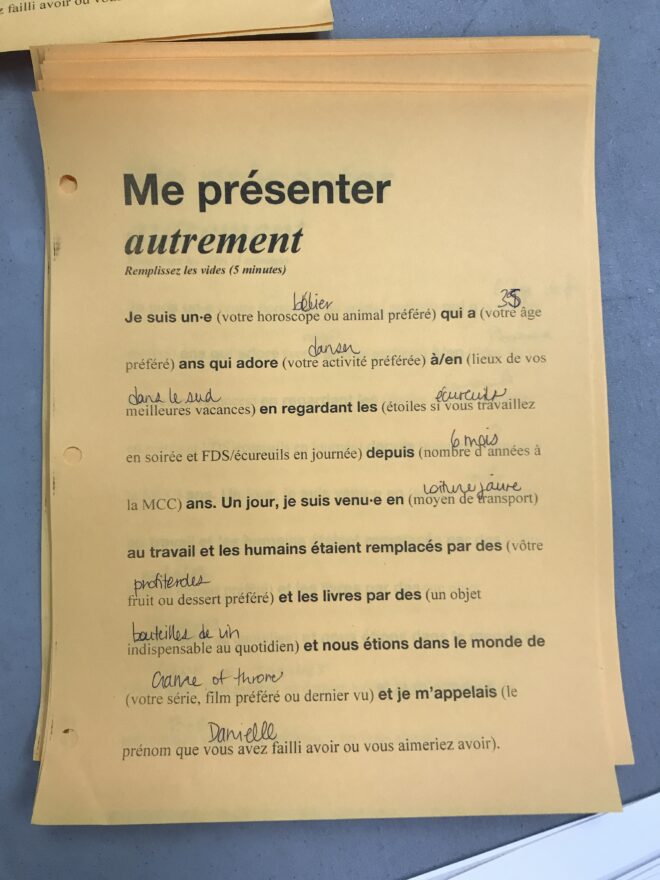 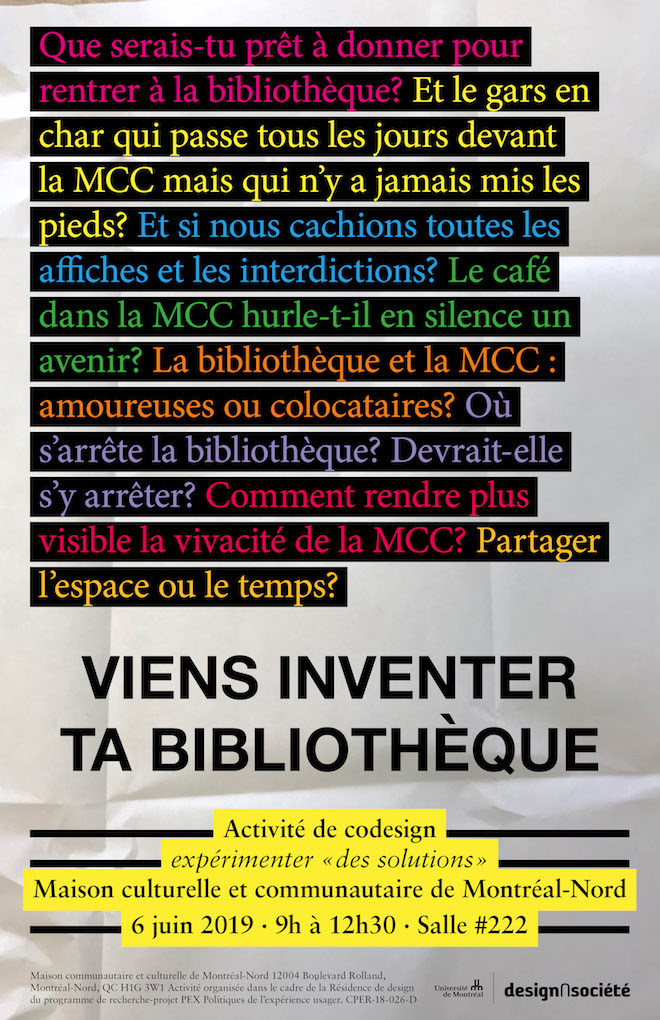